Cutting flowers may become addictive… – by B 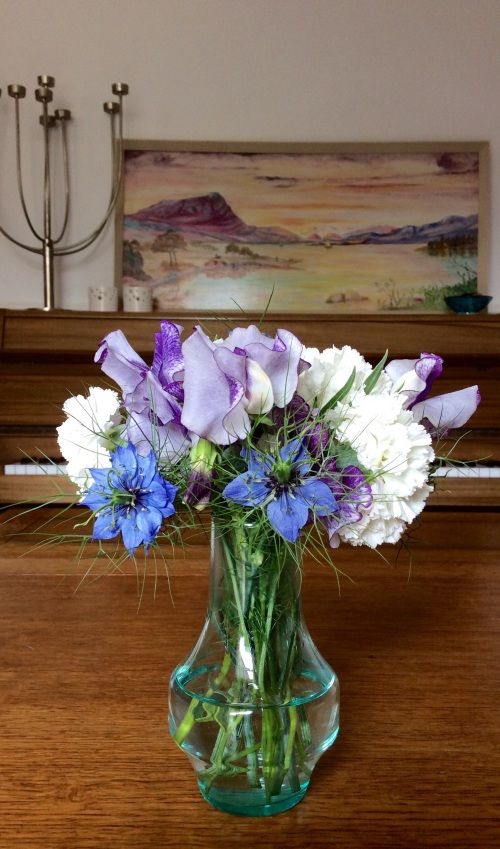 A little posy – by B 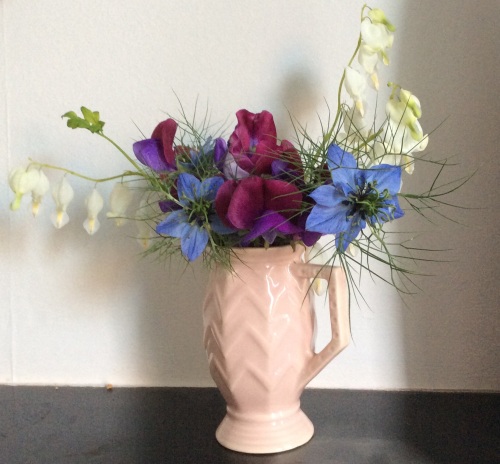 My first cut flowers of the year: nigella, sweat peas and bleeding heart.

The temporary permanent kitchen – by B 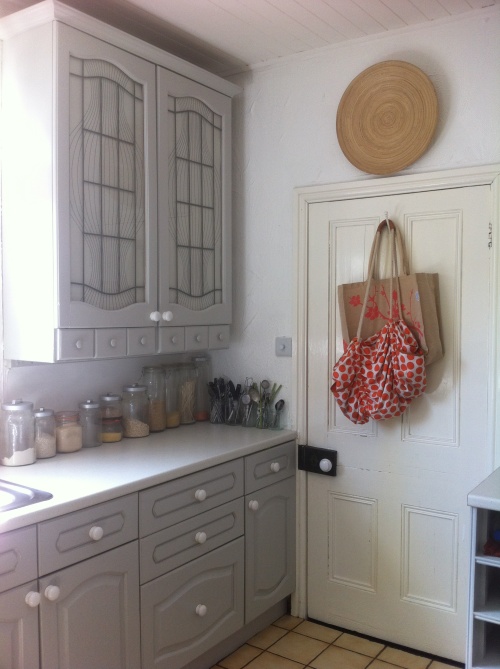 I thought it was about time I posted the kitchen as it’s been this way for three years. There is no clever styling or posh camera here so it’s not the most aesthetically pleasing post.  When we moved in there was no room for our large fridge freezer, the cooker had been stuffed in a corner, and there was rather a lot of cornflower blue scalloped artex. Unfortunately there was also damp in the kitchen cupboards, a crack in the enamel sink, and lots of yellow pine… 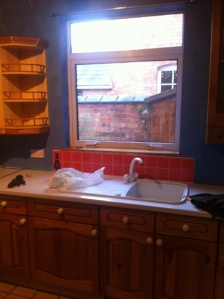 A cracked sink and some very nineties wall units 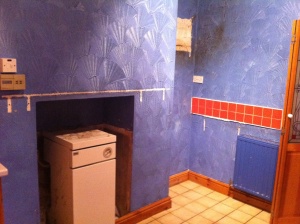 Boiler in the fireplace and greasy corner where the cooker had lived.

This table looks barren and if I was a proper blogging person I would have found some flowers or artfully arranged a breadboard and artisan loaf or something.

The beige, cracked floor tiles are FREEZING in winter and very effective at smashing anything which is dropped onto them. I couldn’t justify spending (wasting) more money on a temporary kitchen by covering them with vinyl, though.

I painted the cupboards in Farrow and Ball Pavillion Gray (a surprisingly lengthy process), painted the tiles and everything else white, and our builder replaced the boiler, work tops, sink, and taps, light, and raised the height of the fireplace to accommodate a range cooker.  I screened the new boiler and bins with an Ikea curtain, and lined the glazed wall cupboard with the remnants, and added a cheap Roman blind at the window.  It ‘ain’t perfect but it’s cleaner and a bit less dated while we wait until we can afford to knock walls about and do it properly.  I do wish half the drawers and cupboards weren’t unusable due to damp or damage, though!

Four year old stylist – by B

Biggest little one picked some blossom from a neighbour’s overhanging tree.  She was very definite that it was for mummy and daddy’s bedroom.  I suspect the petals may drop by morning but it’s making me smile today.